How to discover Defense Mechanisms in Writing

Graphology is a projective technique which objective is the study of personality traits of individuals through the interpretation of the so called graphic aspects of handwriting. Some people call it the “psychology of writing.” Through graphological analysis it is possible to analyze patterns of writing that identify the psychological state of a person.
We, human beings, count on an amount of libido energy that is accumulated until it is released with different activities. Our life goes by between the production and consumption of this energy constantly, which cooperates for the physical and psychological functionalities work accordingly, allowing the liberation of internal tension.
It is essential that this tension, generated by emotions, is kept in equilibrium and within an optimal level. The so called defense mechanisms of the ego have the duty of releasing this accumulated energy caused by emotions from our body.

Defense Mechanisms of the Ego in  Handwriting

When this tension is incremented above its optimal level or below its necessary level, the natural pace and equilibrium are altered, provoking excess disproportions and conduct overflows. Graphology detects the ability of the ego of the individual to preserve the equilibrium of tensions and to adjust to the reality that the environment
presents him. Handwriting Psychology: What are the defense mechanisms of the ego?

The defense mechanisms of the ego are strategies or subconscious resources that we use, in order to find the equilibrium, avoid suffering and eliminate painful experiences from our consciousness that we are unable to elaborate or understand and that do not allow us to cope correctly.

What do we need the defense mechanisms of the ego for?

Acquiring a solid basis of psychology is essential for graphologists. These defenses that the ego uses are identified in writing. They will be useful to go deep into the interpretations of the different graphical symbols.
Here goes our simple contribution on the operation of the mechanisms and its reflex in writing. They are automated processes that protect us from threats and dangers coming from the outer and inner world. In some cases, these defensive strategies are useful to survive.
The defense mechanisms of the ego where proposed for the first time by Sigmund Freud (1925), but his daughter, Anna Freud (1973) was the one who took this matter deeper and who came up with the first systematic classification.

If these defenses would not work we would behave by impulse, running the risk that our attitude becomes similar to animal behavior. In presence of basic emotions like “panic” and “anger”. If these defense mechanisms of the ego would not work, there is the possibility that alterations in the psychological equilibrium occur.
The noticeable differences between individuals in the use of defense mechanisms are due to the level of organization of the ego and the nature of tensions against which each individual wishes to protect himself.
Conflicts provoke unpleasant sensations called tension, such as anxiety, anguish and guiltiness. The conflict appears when the satisfaction of an impulse or desire is denied, generating frustration (feeling that appears when desire or impulse that we set out are not satisfied).

Is it possible that a person that has lost a close relative copes with such a traumatic emotion? If there were not any mechanism that allowed to “cut” such a painful feeling, we would become severely depressed. Our organism protects itself from those things that are not easy to “accept”.

Functionalities of the Defense Mechanisms of the Ego

The goals when the defense mechanisms of the ego act correctly are:

If these mechanisms are abused, we are consuming energy that may not be applied to other matters and personality is weakened. The contradiction of defense mechanisms is that even though their use is protective, they make the consciousness become narrower and impede self-knowledge or do not allow us to come up with creative strategies in the way we act.
The defense mechanisms of the ego act unconsciously and do not change reality, but they try to diminish anxiety that the latter produces. Each one of us uses one or more of these mechanisms in different situations, but in every person prevails the implementation of some more over others, which allows characterizing a type of
personality.
From birth, the ego is installed, along with which these subconscious defense mechanisms will get activated.
There are normal and pathological defense mechanisms. The normal ones are the ones that allow the natural release upon excessive tension, while the pathological are the ones that act repeatedly and insufficient, generating anguish, anxiety, depression, suicide, sadism, phobic, hysterical and obsessive states.

We shall describe defense mechanisms and where to find them in the analysis of handwriting.

Unconcious mechanism employed by the ego to keep the disturbing or threatening thougths from becoming concious. Everything that is repressed is expressed through external symptoms. The repressed returns as fantasy, lapses, errors, exaggerations, relationship difficulties, breaks, etc.

Repressed impulses are expressed by transferring the affection of a mental representation to another, related to the previous one by similarity bonds.

(Belief in the opposite) It is a way of opposite behavior and compensatory of the original impulse, that I, it consists of transforming the bad feelings into good ones as expiation before parents or society. (Miserliness converted into generosity, dirtiness converted into order, extreme cleanliness, passivity that hides aggression).

Affection connected to sexual or aggressive impulse are separated, isolated and appear in the relate, without emotional burden. It is typical in obsessive neurosis. It consists in separating the emotion or affection from a painful memory or threatening impulse. A fact, an idea, an impression, that is not tolerated by the individual is taken out of his context. (Talking about a painful fact, like the death of a relative, as if it did not cause anguish).

It consists of carrying out a given act, in order to annul or repair the meaning of a prior one, using contradictory conducts in two consecutive moments. The second conduct tries to annul the true feeling that appeared reflected in the first one. The structure is obsessive, impulsive conducts that need to be “undone” as if nothing had happened.

It consists on assigning to others (people or objects) what is actually your own (shameful feelings, thoughts, guilt, anger, desire that is rejected or that does not recognize as his own).

When we compare our feelings, intentions, internal conflicts to the foreign, we justify our own desire. Statements used in projection: “they provoke me…”, “they do not want me…”, “they are against me…”, “it is not my fault, it’s you that…” when one is mad at the other and says “you are mad at me”.

It is the acquisition or incorporation of other individuals’ qualities as if they were his own.
The child, from the time he turns two years old, incorporates rules of conduct, norms
and prejudices from the outside world that his parents transmit him. This is done
through introjection in a conscious way and constitutes the base of the superego.

It is aggression against another that turns onto himself. It is a way of
displacement in order to attenuate the guilt that it might produce. Upon a situation of
anger, instead of hitting someone else, he hit himself (hits an object and damages
himself).

The individual, in order to protect himself of an unpleasant situation, despite the
evidence, he denies it. Freud affirmed that what is denied is affirmed. “It is not that I did
not want to come. I came late”. If they told you that you have a few days of life left, the
reaction would be: “It cannot be possible. There must be something wrong in the
results”.

The individual that subconsciously elaborates explanations in order to justify himself
with the goal of covering up the real truth with duly anticipation. He says that the printer
is broken and that the technical support was on vacation and, since it was late at night
he could not print somewhere else. When we ask him why he waited until the last
moment, he keeps rationalizing. If the excuses are objected he gets upset, since he is
forced to get rid of the mechanism.

This defense mechanism is the one that allows us to canalize our impulse, the sexual
as well as the aggressive ones, towards constructive activities that are acceptable by
society, creative such as art or music. Someone very aggressive can sublimate as
professional boxer or sportsman.

Process through which the qualities of an object are taken to perfection. The qualities
are exaggerated. The idealization is connected to the dissociations, projections and
negations. In love, he tends to see the partner as a perfect individual, regardless of the
reality (this would free us from aspects or defects of the “other” that could harm us. 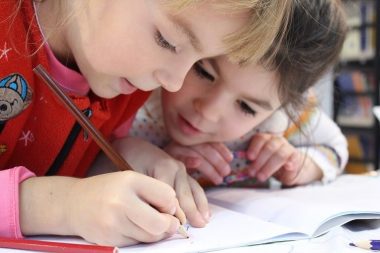 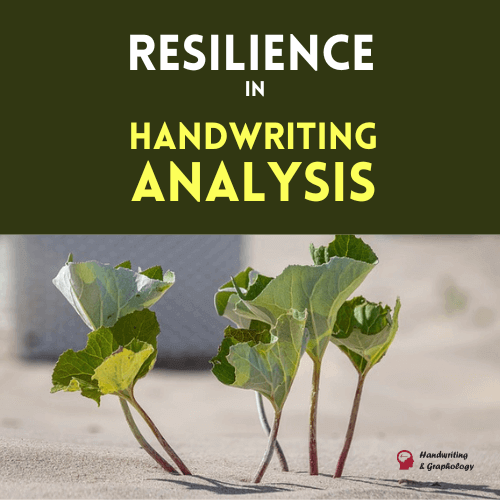