Graphology is the art that intends to find, through the characteristics of letters, psychological qualities of the writer. We know the importance of confirming the findings achieved by other techniques.

Inductive graphology studies the so called reflex letters. Reflex letters are the most representative due to their location in the graphical space or due to their structure. They refer to certain symbols or indicators of psychological and physical states, tendencies or behaviors of human beings. They are useful to complement the graphological analysis.
Let us recall that personality is not exclusively determined through reflexive letters or a particular trait, but that we must integrate the information they provide with the rest of the study.

We dedicate this article to letter “d” lowercase. The letter “d” lowercase is composed of two parts: An oval and an upper extension. It provides information about the way the person integrates what they “feel” and what they “think”. And the way in which his feminine and masculine aspects coexist. It informs us the way the individual has for relating to others, allowing us to infer the position he acquires in a sentimental relationship and its needs. It allows determining the predominance of the rational aspects or the emotional aspects of the individual.
The oval in letter “d” represents what the individual “feels”. It symbolizes the feminine sphere of the person, the mother image, the “anima” sic of Jung. It provides information about his degree of openness, of his affective life, his degree of emotional maturity of the individual towards others.

The upper extension of letter “d“ represents what the individual “thinks”, the father image and the masculine side or “animus” sic of Jung. It informs us about the aspirations, the intensity of the mental life, the ideals the way of thinking, the level of fantasy and imagination. The way in which we project in the intellectual sphere, the existence of tendencies towards a superior ideal, the degree of firmness in principles and convictions, presence of ties to the past, the degree of realism of existence of the being, inclinations towards fantasy or mysticism.
A letter “d” normally executed, (which conserves school calligraphy) speaks about simplicity, realism, naivety, innocence spirit, conservative, routine, passivity, little imagination, conventional, limited spiritual resources.

2. Letter “d” with long, straight initial stroke: Firm principles, rigor, good abilities, and aggressiveness. May be inappropriate and even tiring.

6. No final stroke: Spiritual tendency, shyness. Depending on the rest of the graphical context: if negative: simulation, dishonesty, lies. If pathological: schizoid personality. Consult letter “d” projected upwards: idealism, altruism. Confirm mystical trend if there is a short foot or short lower extension, other traits that seem abnormal, round dots.

The interpretation of the oval of letter “d” lowercase is associated to letter “a”.

9. Flat oval: Sharpens his commercial sense due to environmental pressures, submission. May be interpreted as dishonesty according to the graphical context. Inflated oval: limited ideals.

15. Over elevated: Shelters in intellectual ideals, search for equilibrium in utopian paths.

20. Superior-arch-shaped: Tendency to hide a feeling an insecurity feeling, lack of affection, tends to conserve, reserved. The separation of the upper extension and the oval reflects disagreement between thinking and feeling. Creating fantasy.

21. Separated from the oval: Confirm that there are no sight disorders. Disassociation between intellectual and spiritual life from the affective life. Affective disassociation, disagreement between feelings and thinking. It is important to confirm disassociations in letters like g, q and a: parasitism, symbiosis with others without giving himself. Tendency to loneliness, evasion, isolation, selfish interests, egocentrism, narcissism. Difficulty to integrate in groups.

25. Unclosed curve or arch facing to the left: The upper curve is interpreted as fantasy, but is repressed upon returning to the left. Adds color to his life, tries to live reality, uses his imagination for practical purposes.

Ihope you’ve enjoyed the article about Graphology in Letter “d” and other proposals that have been included on the website. 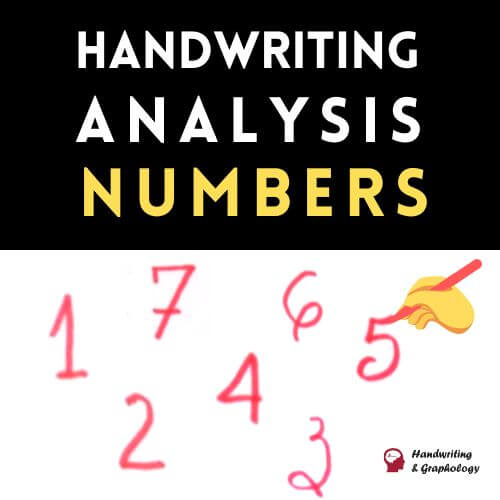 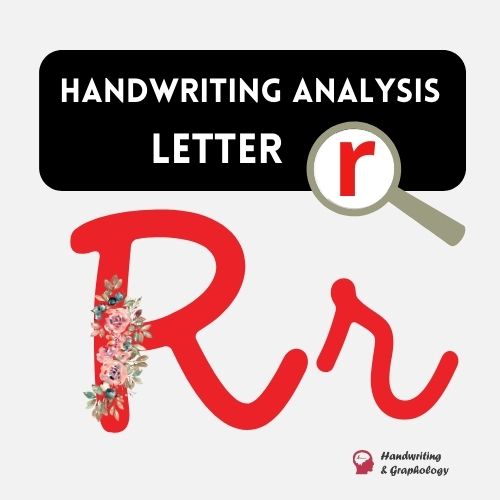